back to search results
Prev Next

Galaxia celebrates hope in the unknown, stars, planets, black holes, the movement uniting us in swirling galaxies of dreams. A superior form of Gaia in Isaac Asimov’s Foundation series, Galaxia is the ultimate network, the fabric of the universe connecting living beings into one entity.

Galaxia is shaped of 20 timber trusses converging as a spiral towards one point in the sky. The triangular trusses form dierent paths towards a central space holding a giant 3D printed mandala, the heart of Galaxia. The timber modules start large enough to hold small alcoves in which people can write in peace. As participants walk through the path, the timber modules lift up and become thinner and thinner towards the sky as people reach the central mandala. 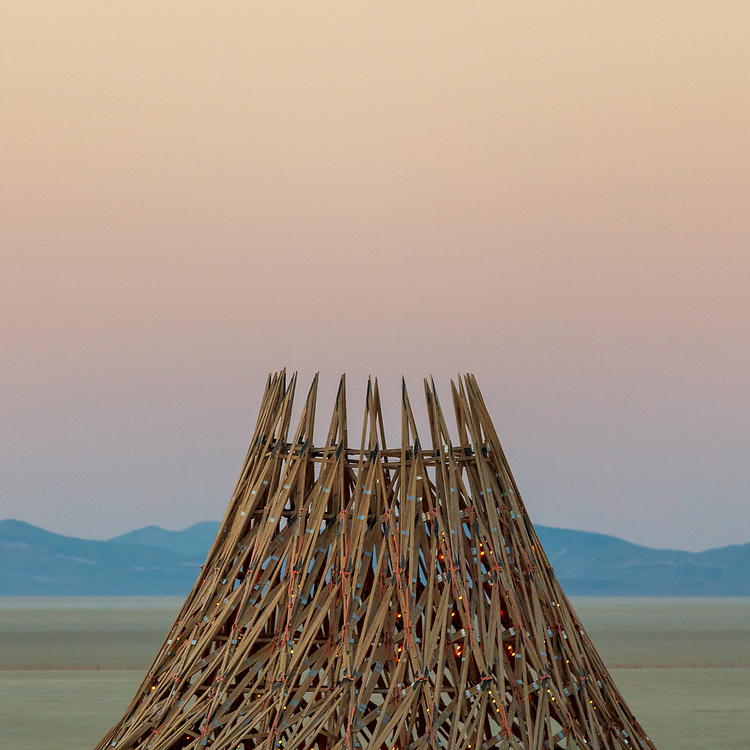