This photo is upside down. This is how Gaudi figured out how to design La Sagrada Familia, by hanging lead weights by string to create perfect curves for the supports...Wikipedia:...Gaudí spent ten years working on studies for the design of La Sagrada Família and developing a new method of structural calculation based on a model built with cords and small sacks of lead shot. The outline of the church was traced on a wooden board (1:10 scale), which was then placed on the ceiling of a small house next to the work site. Cords were hung from the points where columns were to be placed. The sacks of pellets, weighing one ten-thousandth part of the weight the arches would to support, were hung from each catenaric arch formed by the cords. Photographs were then taken of the resulting model from various angles. When the photographs were turned upside-down, the lines of tension formed by the cords and weights revealed the lines of pressure of the compressed structure. This is one of the ways that Gaudí obtained natural forms in his work...The same expressive power of Gaudí's monumental works exists in his oddly graceful chairs and tables. Gaudí's architecture is a total integration of materials, processes and poetics. His approach to furniture design exceeded structural expression and continued with the overall architectural idea.[20]..en.wikipedia.org/wiki/Antoni_Gaud%c3%ad ( http://en.wikipedia.org/wiki/Antoni_Gaud%c3%ad ) 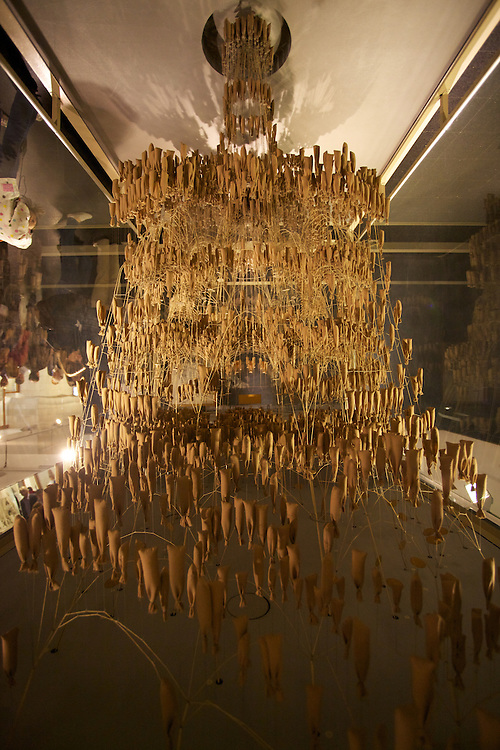