We are bringing a menagerie of large animal automata to the Playa. Powered by humans, these colorful animals represent over 2,000 years of human fascination with animated mechanisms. Automatons (or automata if there are more than one) have been around for centuries. The art of animating human or animal form has fascinated mankind since before the birth of Christ.

There is a personal catalyst in bringing our animal automata to the Playa. One of our artist’s brothers died young when he was overcome with cancer related to AIDS. He was a fantastic person and brought so much joy the lives of so many others. One of his most prized possessions included a collection of wooden automata animals.

It is in his memory, and with great joy that we bring these pieces to life in Black Rock City. The automata will be large interactive sculptures that poke fun at and bring life to the radical rituals of animal playfulness and pleasure. Five or six free range animals will round out the menagerie. 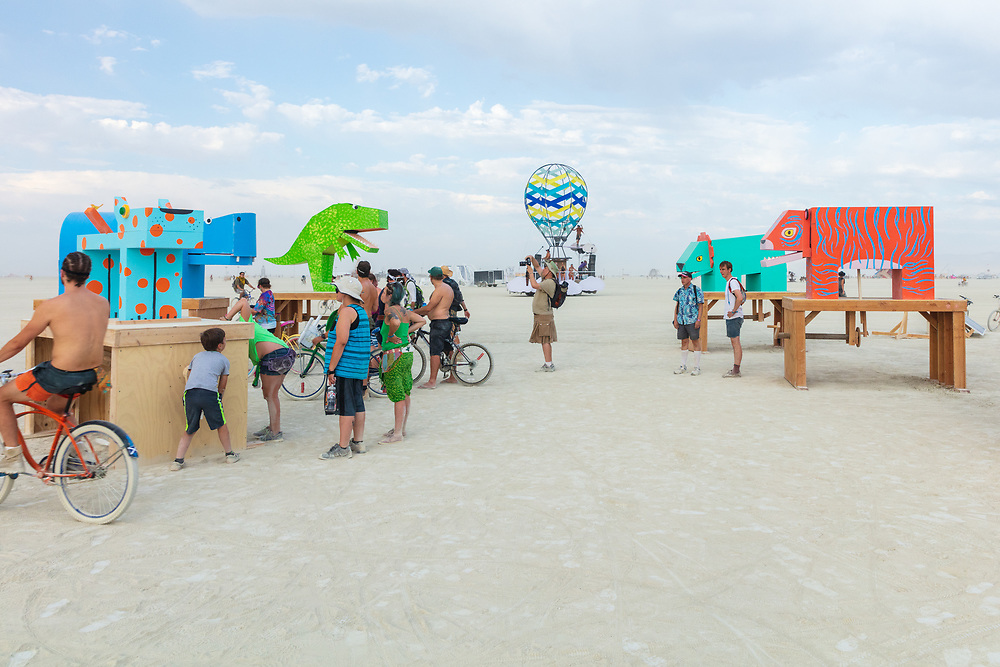