search results
Image 1 of 14
Next
Less

Temples offer environments for us to immerse ourselves into an unworldly place of harmony and peace. The Temple of Awareness is an organic form, similar to a pine cone. Seen from above, it evokes aspects of a bloomed lotus. The Temple is a 13-sided dome structure that is 35 ft. in diameter at the base. It has seven levels that reach 35 ft. high, each level with projecting decorative wings encircling it. From a distance, the wings create a feeling of lightness, while the dome as a whole conveys a rooted presence. Participants enter the Temple through one of thirteen sizable inverted “V” openings. Inside is a welcoming, vaulted, airy interior defined by a series of shrinking, concentric circles soaring overhead. The dome top is left uncovered to allow for the participant’s connection with the cosmos. The open interior design incorporates hundreds of shelves lining every wall, as well as several freestanding sub-altars that provide many niches and ledges for objects of remembrance. URL: http://www.utahbuilderscommunity.com Contact: utahbuilderscommunity@gmail.com 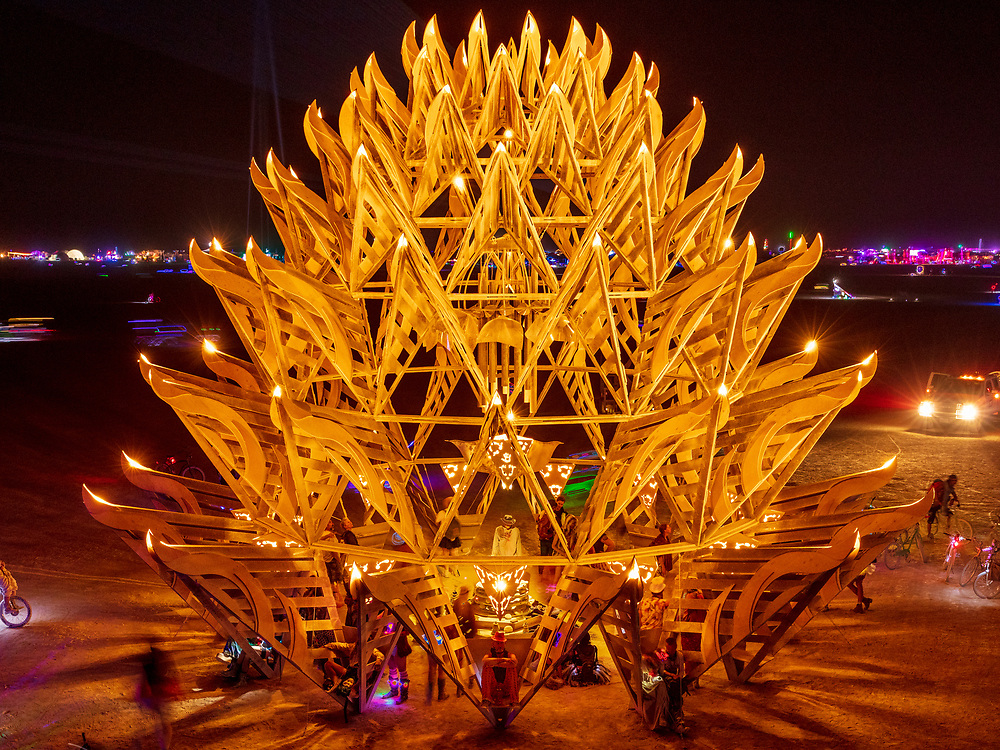