After the Events of 2175, the perfect storm of industrial pollution, population explosion and the destruction of biodiversity raged. It was only a renewal of the vows between science and nature that saved us. The amount of horrendous wastes we had piled up over a millenia- much of it toxic and flammable- was daunting. The Fuocco Falene are a crux of biomech, artistry and divine intervention. Fire moths- drawn to the most noxious of wastes, able to consume the wastes and leave a benign byproduct. Their consumption of fuels is spectacular, so much so that Falena became sought after for their beauty. It has become fashionable to convert outdated civic fixtures, like fountains, to be attractions to the Fuocco Falena. Le Attrata is a prime example of such an installation, its jagged spires providing perches for the Falena, the curved benches housing seating for people, and the Falena chrysalises lighting the way throughout the night. URL: http://therm.cc/le-attrata/ Contact: info@therm-fire.com 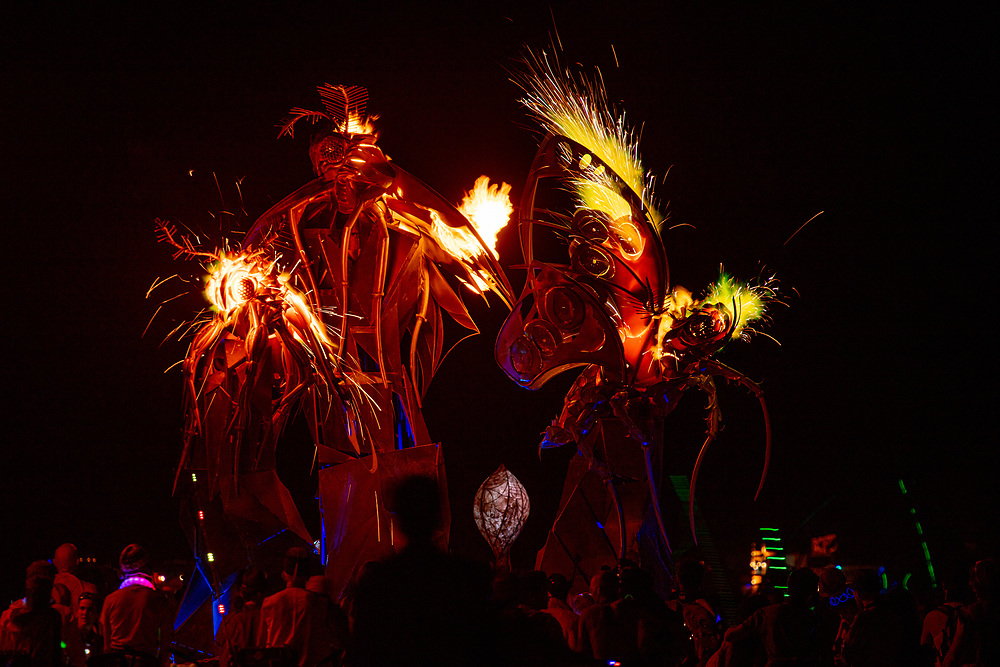